Morph Pro’s output can be easily streamed for a live performance or recorded for editing and publishing.

Spout is strongly recommended as the preferred choice because of its low CPU / GPU overhead compared to NDI.

Spout is the best way to share Morph Pro’s output with OBS Studio since it does so with near-zero latency or overhead using GPU processing. To use Morph Pro’s Spout output as an OBS source, intall the OBS Spout plugin.

Once installed, Start Morph Pro and make sure the Spout output is enabled under Outputs > Spout out.

Start OBS studio and create a Spout source by clicking the 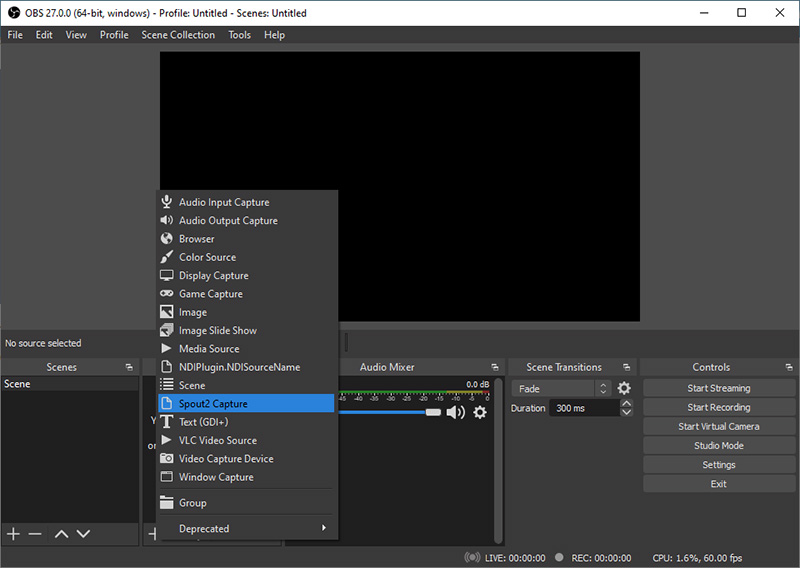 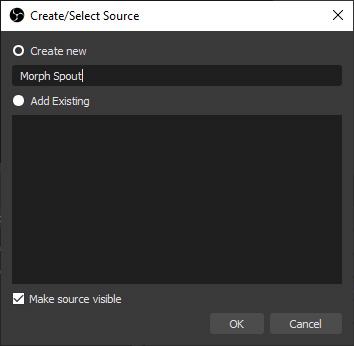 Select Morph Spout from the Spout Senders dropdown in the properties window. 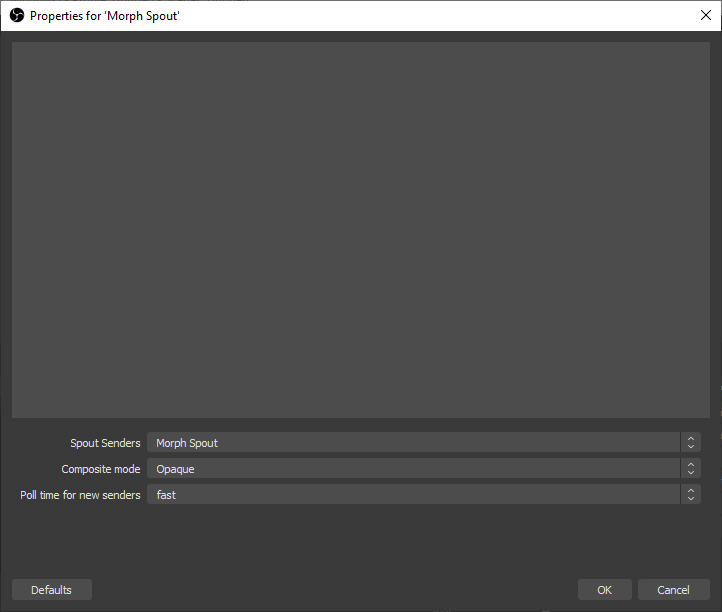 At this point, the Spout output may only cover a part of the OBS canvas since the Spout plugin does not automatically resize the input image. In this example Morph’s output is 640×360 while the OBS output is set to 1280×720 causing Morph’s Spout output to cover only the top left. 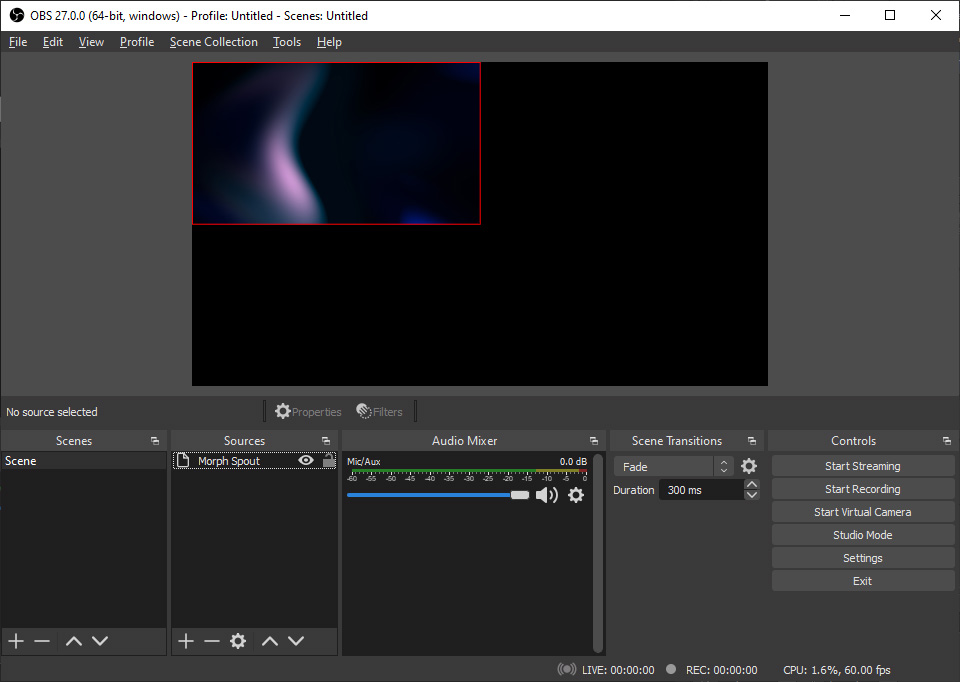 To rescale the Spout output, select it from the list of Sources, then click on Filters from the main OBS window.

In the filters window, add a new filter by clicking the

icon on the bottom left then selecting Scaling / Aspect Ratio. Name the filter and click ok. 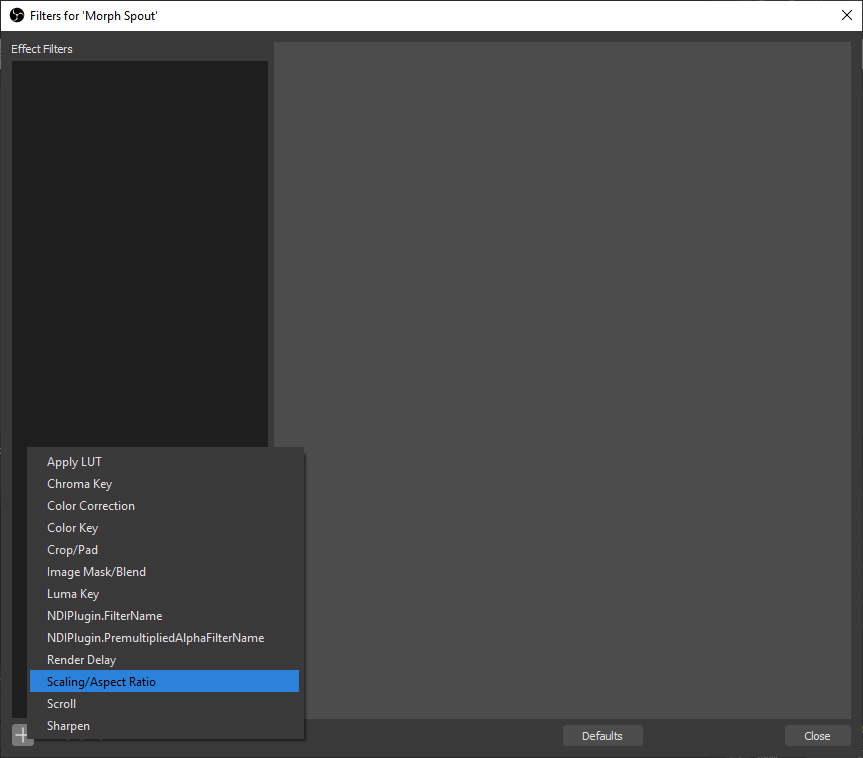 Select the filter and pick Base (Canvas) Resolution from the Resolution dropdown. 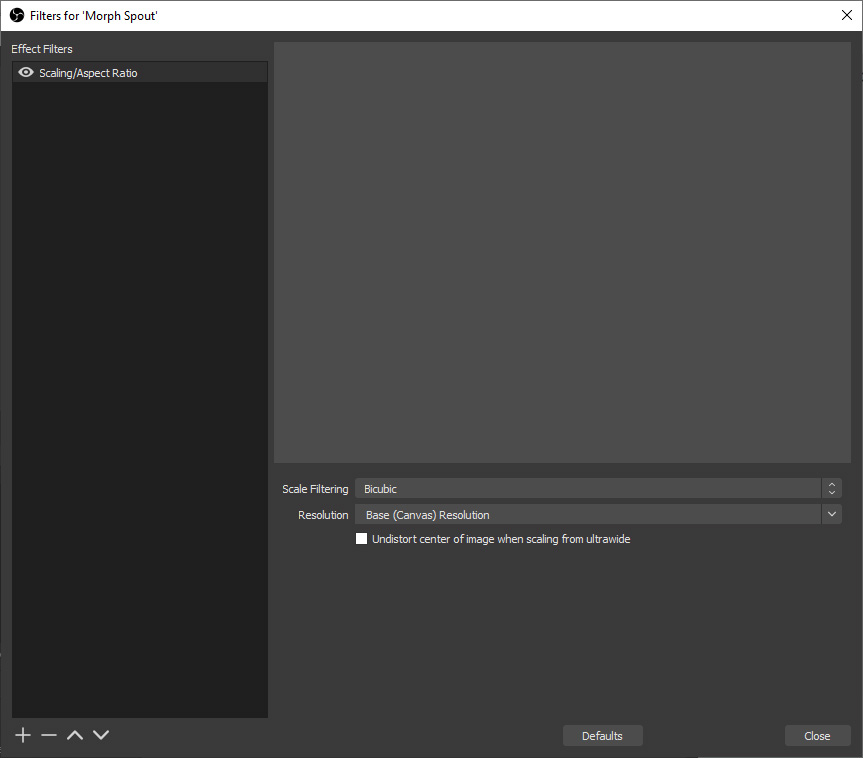 The Spout output should now be the same size as the OBS output.

Once installed, start Morph Pro and make sure the NDI output is enabled under Outputs > NDI out.

icon under Sources then selecting NDIPlugin.NDISourceName. 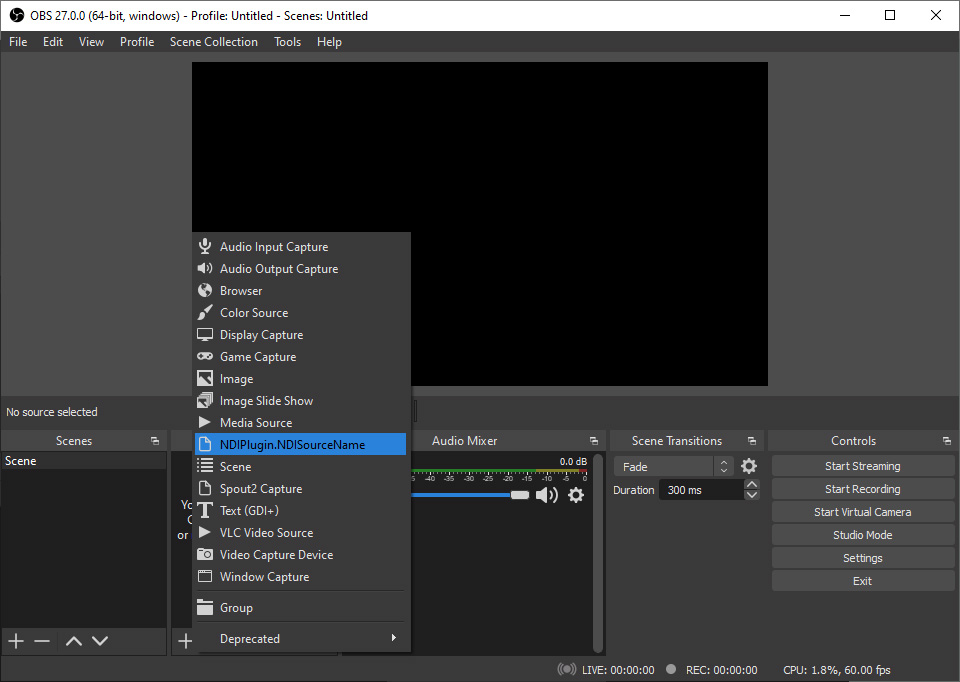 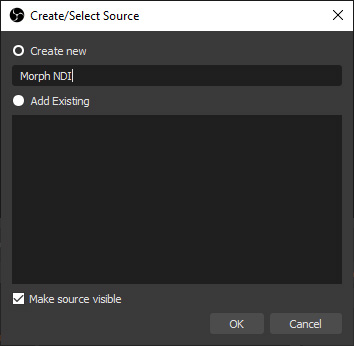 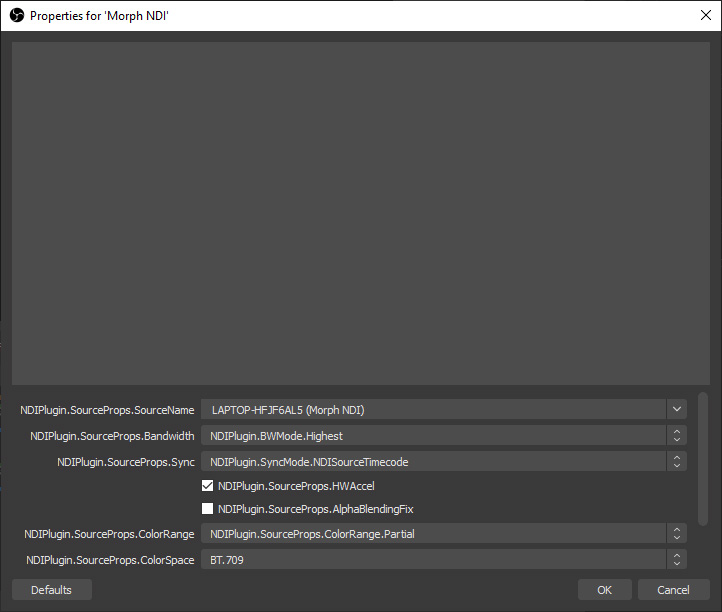 Note that unlike the Spout plugin, the NDI plugin does not need a filter and automatically resizes its input to the OBS output size.